“We’ve seen what some people do when they don’t know anything else to do with their anger. I’m convinced that when we help our children find healthy ways of dealing with their feelings- ways that don’t hurt them or anyone else- we’re helping to make our world a safer, better place.” -Fred Rogers, PSA following the events of September 11, 2001 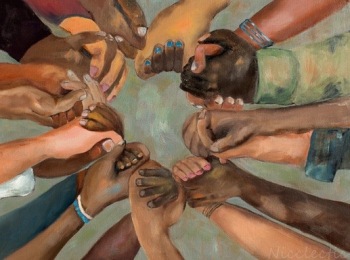 When I think about the ever growing list of horrific racial tragedies happening in our country, I feel deeply saddened. The recent killings in South Carolina were an act of pure terrorism. And just as our country was in a state of outrage when we were attacked on September 11th, so should we be about those killed in Charleston. I feel disheartened that focus has been sidetracked to the conversation of flags and guns. And while I feel that those topics hold great merit, the real and pressing issue behind it all is racism. I often ask myself what I can do to help with change? Post articles and blast my opinions on social media? Attended rallies and marches in protest? With these small actions, it doesn’t feel like much change will happen. I feel it is my duty as a mother to do what I can to enable a better future by educating my children about the inequalities in our country and show them a window into how it should be.

As someone who grew up in the south where racism surrounded me, I feel fortunate that I managed to reach adulthood unpoisoned by it. My mother said it was an issue important to me, even as a small child. She said I would ask lots of questions and want to discuss race often. I have vivid memories of my anger towards at my grandparents when they would unabashedly make racist remarks. Even as young as 6 and 7 years old, I remember standing up to them in an attempt to shame their despicable views and set them straight. I’m certain I never changed their minds, but I at least conditioned them to watch their remarks in my presence.

It is my white privilege that has allowed me to avoid the topic of race explicitly because my white sons do not face any of the hardships that many other children face, simple because of their race. It’s not as if I completely ignored it, though. In a casual way, it is a conversation I approach from time to time by mentioning in various scenarios that we treat everyone in the same, fair manner no matter their skin color, age, or gender. But I have never taken the time to talk plainly about race and the inequalities that haunt our history and sadly continue today. That is going to change now. As I have read in countless articles (such as this and this), my silence does not prevent racism. It’s not as if my children are going to be oblivious to race if I don’t talk about it. It is my job as a white mother to white children to talk about race openly, freely, and often in order that it may not be perceived as a taboo topic. So I’ve been reading as much as I can for guidance on how to approach the topic. Even though I’ve felt a sense of disappointment in myself for waiting this long to discuss this with my nearly 5 year old, I found some evidence that I’m arriving at this topic just in time.

“Five-to eight-year-olds begin to place value judgements on similarities and differences. They often rank the things in their world from “best” to “worst.” They like to win and hate to lose. They choose best friends. They get left out of games and clubs, and they exclude others-sometimes because of race, ethnicity, and religion….Between five and eight, children are old enough to begin to think about social issues and young enough to remain flexible in their beliefs. By the fourth grade, children’s racial attitudes start to grow more rigid. Our guidance is especially crucial during this impressionable, turbulent time.”[1]

I find that whenever I’m looking to teach or talk to my kids about a topic, I often turn to literature. It can be a great conversation starter as well as an entertaining and engaging way to relay information. Being the former elementary teacher that I am, I started my search for children’s books on race. I came across this blog, Coloring Between the Lines, that is an interesting resource for those looking to discuss race with children. In addition, here’s a list of books we’ll be checking out of our library. 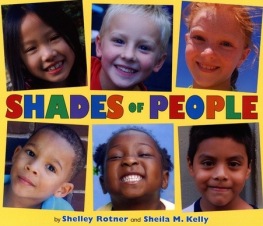 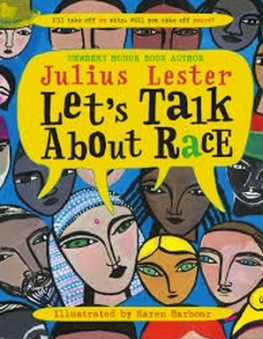 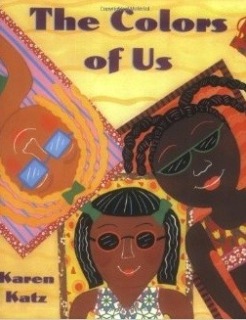 Do you have any additional books to suggest? How have you addressed race with your children?

[1]Talking to Our Children About Racism and Diversity