“The most honest form of filmmaking is to make a film for yourself.” –Peter Jackson

Big Brother has been using a camera since he was just toddling. Before he could even speak in full sentences, he was snapping shots and videos. There is one amazing video he filmed when he was about eighteen months in which he would point the camera at all of the things he could say the word for and then he proudly said the word.  And then there’s this video he took of us, trying to get us to “say cheese”. And his photos are really interesting, too. Of the thousands he takes, there are usually a few that stand out as beautiful windows into his world: a toy, a favorite storybook character, a random shot of his feet on the back of the passenger seat in the car, taking shots of his brother or practicing his selfie. 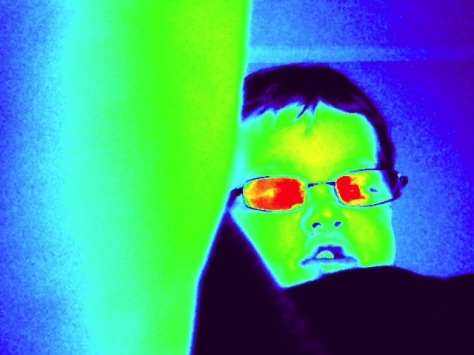 Many afternoons, I will take a walk (albeit a short one) through my flower garden. I love to see what’s popping up and how things are coming along. Sometimes I’ll take pictures and admire the growth of so many of my little garden friends. This week as I was doing this, Big Brother joined me with his camera. As we were walking, he asked me the name of the Black Eyed-Susan and once I told him its name, I heard him turn on the video recorder and say, “This is a Blacked-Eyed Susan.” He then went on to narrate the entire garden in short 5 second videos. When he was done, he was so excited about his videos he asked me if I would make one hundred copies so that he could share it with his friends. I was totally amazed watching him create this whole video garden tour on his own. In the end, all I did was string this collection of videos together and put some music to it. It came out to be such a precious video. He was immensely proud. And so am I. Enjoy!

(Truth be told, I did not make one hundred copies of this film, but I have a feeling it may be seen at least that many times and that’s close enough.)

One thought on “Filmmaking Debut”