“It takes courage to grow up and become who you really are.” ~e.e. cummings

As most kids do, Big Brother has been pitching a lot of ideas about what he wants to be when he grows up. When he was two and three years old, he was adamantly working towards being the next Ringo Starr. Actually, he specifically wanted to be a yellow submarine drummer. In the last few months as he draws closer to his sixth birthday, his ideas about who he will be in the future are starting to take the shape of real career choices. (Sorry, this is not to say that becoming a drummer is not a “real” career choice, but there can only be ONE Ringo Starr. If he does in fact decide to be a drummer when he grows up, I will support that completely.) For several months he was into the idea of being a space scientist who would perform experiments throughout the solar system. In the last few weeks, after asking questions about what various people in our family do, he decided he wants to be an engineer. (There are five engineers in our extended family…) With the goal of becoming an engineer in mind, he has begun building and creating Lego structures and flying machines and will present them to us as the first thing he would create as an engineer. He has also fallen in love with chain reaction machines, specifically all things Rube Goldberg machine-esqe. We’ve watched countless videos of these type machines in action. This one is by far our favorite….


Several weeks ago when their grandfather was visiting, he brought Big Brother this amazing book/kit that combined his two loves….Legos and chain reaction machines

. Both Big Brother and Little One have poured over this book and its creations. It has been so much fun to explore and create. 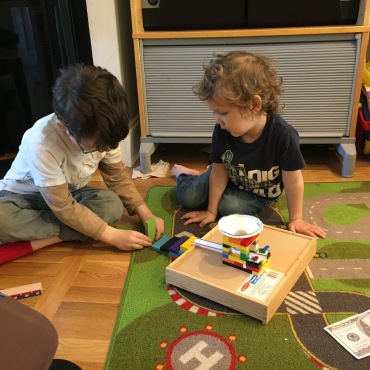 As homeschoolers, we are mostly on a natural learning path, which means we follow the lead of our children’s passions when deciding what to learn about. If a question or interest arises, usually my first instinct is to log onto our local library’s website and start searching for books that support, explore further, or explain our children’s latest ideas and questions. So when Big Brother started focusing on all things machine building and engineering, I stumbled upon some really delightful books that I had forgotten about. I first ran across these books at our friend’s house and fell in love with them. The story, rhyme, and character’s adventures are so charming and heartwarming. The first is Rosie Revere, Engineer

and the other is Iggy Peck, Architect

. (And we are anxiously awaiting the release of the third book in this series, Ada Twist, Scientist

What I realized after rediscovering these books is that they subtly support the case for homeschooling, more specifically unschooling or natural learning in that both of the main characters thrive and flourish when they are out of the classroom and exploring what motivates them intrinsically. In the Engineering book, the main character Rosie is quiet and somewhat withdrawn in the classroom, yet spends all of her time out of school pursuing what she really loves…inventing and building machines. My husband and I really love the message in this book because as Rosie attempts to create her inventions, they sometimes fail but from the guidance from a wiser aunt she realizes that, “The only true failure can come if you quit.” The Architect book has an even stronger message that all too often children’s love for learning can be crushed in the classroom as the main characters passion for architecture is strongly discouraged by his teacher. (There is a slight redeeming quality as the teacher sees the error of her ways at the end of the book…but all to often real life doesn’t mimic the story). 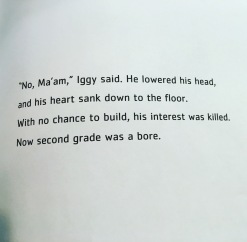 I look forward to discovering all the dreams my kids hope to achieve when they grow up. As homeschoolers, we have the freedom to drive down every avenue that sparks their interest and spend as much or as little time imagining, practicing, building, or discovering new passions and interests. What a gift!